To the Physical and Mental Limit

The teams begin this leg at the Tiger Cave Temple in Krabi. Only four teams remain: Joe and Bill, Kevin and Drew, Frank and Margarita and Rob and Brennan. The first clue directs the teams to Raile Beach in which they must find “”the king””. Rob and Brennan are the first to depart the pit stop. They must take a cab and a boat to get to the next destination. Operating hours end at 5:30 PM and Joe and Bill are set to depart at 6:30 PM so they cannot do anything that night. The teams discover that “”the king”” is a large rock formation and that they must go rock climbing or they can take an extremely long hike, as part of a Detour. All of the teams chose to go rock climbing. Rob injures his finger during the climb. After rock climbing the teams must find there way to Sea, Land & Trek in Bor Tor, Ao Luk, which is a boat rental company. The route info notes that the place closes at 5:00 PM. Rob and Brennan arrive in first place and Joe and Bill arrive in last plce but are not eliminated because 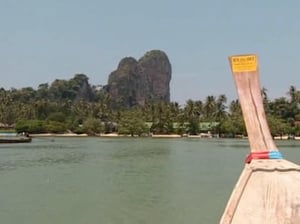 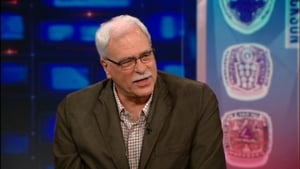 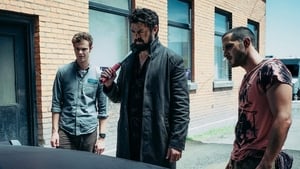 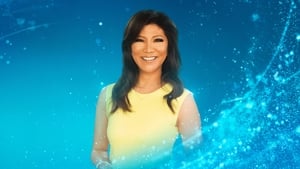 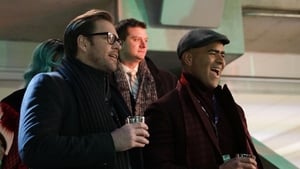 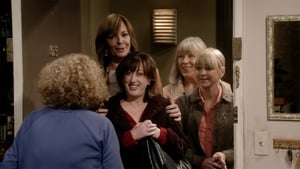